Næste indlæg
What is sexy? You tell me. What we find sexy is of course very subjective and it changes through you

An important component of mindfulness is acceptance of inner experience; in other words, the ability to accept negative emotions and thoughts without judging them.  When you get stressed by difficult life events or daily pressures, you may feel anxiety and depressed mood, or have self-critical or worried thoughts. You also may have secondary reactions that exacerbate the stressful feelings. You may automatically believe the negative predictions or views of self without questioning their accuracy, or you may develop aversion to the negative feelings, wanting desperately to be rid of them. You may judge yourself for having the negative mood or insecure thought – seeing it as a sign of character weakness. All of these secondary reactions make you feel worse. On the other hand, if you can mindfully accept whatever thoughts and feelings arise, seeing them as temporary states, you can avoid exacerbating and prolonging their impact.

In a study published last month, researchers at the University of Toronto and the University of California, Berkeley studied whether acceptance of inner experience has mental health benefits, independent of other aspects of mindfulness (observing and describing inner experience, non-reactivity, and acting with awareness). The researchers thought that practicing acceptance helped people feel less upset by their daily stressors. Daily stressors are very common and how we respond to them has been shown to affect our long-term happiness and mental health.

If you can get over your daily stressors more quickly, they are less likely to cumulate over time and turn into chronic anxiety or depression or reduced life satisfaction.

The researchers also investigated whether accepting inner experience has the same or different effects than accepting stressful situations. Accepting stressful situations could be an ineffective coping strategy if it leads to being passive, rather than attempting to solve those problems. On the other hand, accepting thoughts and feelings is an active process that requires you to disengage from ruminating or judging yourself.

Acceptance of inner experience was measured by a scale that included items like (?I tell myself I shouldn?t be feeling the way that I?m feeling?). The idea is that judging yourself for having negative emotions or trying to suppress them can backfire and actually intensify or prolong the negative mood.

Study 1 was a survey of over 1,000 college students and showed that acceptance of inner experience was associated with greater well-being and less anxiety and depression. Effects of acceptance were independent of other aspects of mindfulness like observing and describing emotions. These effects also did not depend on the level of stress that people experienced. Accepting stressful situations, on the other hand, was unrelated to wellbeing.

Study 2 asked participants to give a 3-minute speech for a pretend job application, with minimal time to prepare. This task was intended to induce stress and actually was stressful for participants. Results again demonstrated the benefits of acceptance. Participants who were higher in acceptance, as measured by the scale, rated themselves on a validated questionnaire as  having fewer negative emotions during the speech.

These studies provide good initial evidence that it can be beneficial to accept your thoughts and feelings as they arise in response to stress, rather than trying to get rid of them or judging yourself negatively for having them. Acceptance of inner experience is an aspect of mindfulness that can be learned by meditation and by consciously trying to be self-compassionate rather than being judgmental and self-critical. We can?t stop negative thoughts and feelings from arising, but if we can see them as just passing mental events, not reflections of our worth as a human being, they need not linger and spoil our joy in life. 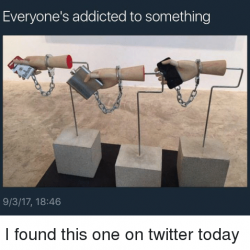 We Are All Addicted To Something 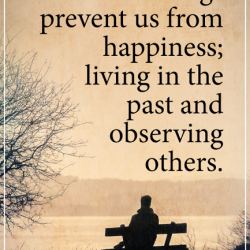 Past, Present Or Future? 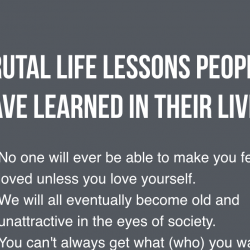 What is sexy? You tell me. What we find sexy is of course very subjective and it changes through your life and from situation to …
Læs mere
FØLG