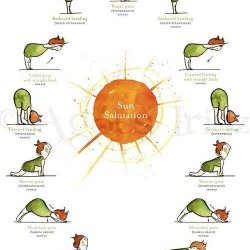 Næste indlæg
The way you start your day has great importance on how your day is going to turn out. If you really

12 Types Of Yoga And Their Benefits

Yoga is not just a physical practice, it?s also an exercise of the mind. While you stand there holding a pose, your thoughts begin to drift from what pose you?re doing and where you are at the present moment to other things. Things like what you?re going to do when you get home, or make for breakfast tomorrow, oh and did you remember to send in a check for your electric bill? Because if you didn?t they will shut off the power and that would be catastrophic considering the girls have a dance recital and need to use their curling irons. Without them the entire show will be ruined and?. That kind of mental spiraling is precisely what inhibits us from being present. From being aware of exactly what is important in this exact moment. Mindfulness is the ability and practice of being aware of the thoughts, emotions and feelings that occur in your mind. In yoga, through utilizing poses, we challenge our minds to protest against us. We go deeper into poses to challenge our bodies, which pushes our minds to tell us to stop what we are doing because it is unusual or feels different than normal.

These days, yoga classes have become a necessity than ever. The practice is popping up in gyms, schools, and even some stores, not to mention actual yoga studios!

There is a variation offered, how do you know which practice is right for you? Even for a veteran yogini (yogi), it could be challenging to keep them all straight, and these practitioners often ask the comparison of the different styles.

So, whenever you are planning on enrolling in yoga classes, so have to make sure you know which type of yoga is right for you. So, let me give you the types of yoga you can benefit from.

An emphasis on proper alignment and catering the pose to the student. Props are used often, and partner work is common. Students are encouraged to get in touch with their emotions.

Expect plenty of heart-opening poses and more talking than in other classes. Music is common in Anusara classes.

Good for:
Those looking to use yoga as therapy or who want an emotional yoga experience.
Those who want to focus on alignment.
Those looking for a positive, lighthearted environment.

Six series of set postures traditionally taught one pose at a time, in the style of Sri K Pattabhi Jois. In the US, most classes focus on the Primary Series, which is adaptable for beginners but is challenging for those who aren?t exercising already. Students often work at their own pace (called Mysore-style) with the teacher assisting and teaching new poses as previous ones are mastered.

Focus is on breath, bandhas (energy locks), and drishti (fixed gaze points), and poses are linked?no pausing in between. The series can be customized to suit any body type at any level. Expect led classes to move at a rigorous pace with ?vinyasas? (plank-chaturanga-up dog-down dog transitions) between poses and plenty of hands-on
attention from the teacher.

No music. Each pose is held for five breaths, and led Primary Series classes last 75-90 minutes, though beginners classes are often shorter. Props are not traditionally used, but many teachers will allow them. (This is the style I practice and the one I recommend for anyone interested in yoga.) ?Ashta? means eight in Sanskrit, and ?Ashtanga? yoga refers to the eight limbs of yoga.

Good for:
Anyone interested in yoga.
Anyone who wants to learn a set series they can do at home.

Avoid if:
You want a slow, gentle yoga class.
You have a current injury and are a beginner. (Advanced or intermediate yogis will feel comfortable adjusting as needed.)
You have a shoulder injury (lots of low pushups).

Rigid 90-minute classes consisting of 26 poses and 2 breathing exercises each held for a minute and repeated twice. Named after the founder, Bikram Choudhury, the practice is performed in a room heated to 105 degrees with 40% humidity. No music. (As a certified yoga teacher, I do not recommend heated classes.)

If you choose to practice hot yoga, please follow these 10 Tips to Stay Safe and Comfortable in Hot Yoga Classes

Good for:
Competitive types (Bikram yoga embraces the ?yoga as a sport? movement).

Avoid if:
You are pregnant, have circulation issues, hate to sweat, like classes with music, or have high blood pressure.

You might also like:
Hot vinyasa yoga for the heat.
Ashtanga yoga or Iyengar yoga for the consistency.
Moksha yoga (hot yoga).

Hatha yoga refers to any form of yoga that?s gentle and slow-paced, usually well-suited for beginners.

Good for:
Anyone with mobility issues.
Beginners.
Seniors
Pregnant women (with modifications)

Avoid if:
Anyone looking for a rigorous practice.

Both Pattabhi Jois, the founder of Ashtanga yoga, and B.K.S. Iyengar were trained by Krishnamacharya, known as the father of modern yoga. Iyengar yoga focuses on alignment, and poses are taught with an attention to detail. Props such as chairs, blocks, straps, and blankets are used for almost all poses, regardless of a student?s level.

Poses are often held longer than in other classes, and you might do the same pose various ways in the same class. Classes move at a slow progression. Iyengar classes can feel quite serious, but you will learn a great deal.

Good for:
Anyone interested in learning more about yoga, especially anatomy and alignment.
Great for beginners, those recovering from injuries, and anyone with mobility issues. Appropriate for the young and old.

You might also like:
Anusara for the alignment.
Viniyoga for the attention to your body.
Ashtanga yoga for the consistency.

Jivamukti yoga was founded by Sharon Gannon and David Life, two former Ashtanga teachers. The jivamukti practice retains the same intensity that Ashtanga does, with an emphasis on veganism and kindness toward all beings. Jivamukti means liberation while living, and the practice is spiritual and diverse. Expect to hear chants, music, and sometimes references to animal rights.

Avoid if:
Meat eaters might not feel comfortable with this branch of yoga. All jivamukti teachers are vegan, and they are very vocal about their beliefs.
You want a slow-paced practice.

You might also like:
Ashtanga, which is the branch that the Jivamukti founders first studied.
Power yoga, which has the same physical demands without the spiritual aspect.

A gentle style that emphasizes moving at a pace that suits you, Kripalu is form of hatha yoga. The practice focuses on physical healing, meditation, and spiritual transformation both on the mat and off.

Good for:
Anyone with mobility issues. Great for beginners. Suitable for those looking for an individualized practice.

Avoid if:
Those looking for a more rigorous practice.

You might also like:
Viniyoga for a practice catered to your body.
Any type of hatha yoga.

Kundalini yoga focuses on linking breath and movement, with the intent of releasing energy from the lower body and sending it upward. The focus is on awareness and an increased consciousness to bring you closer to enlightenment. In yoga, ?kundalini? refers to a coil of dormant energy that rests at the base of the spine. The aim of kundalini yoga is to awaken, harness and release this energy.

This branch of yoga is very meditative and spiritual, and they move much more slowly than other classes with a focus on meditation and pranayama (breathing exercises).

Good for:
Anyone looking for a ?deeper? spiritual connection to their yoga practice.

Avoid if:
Anyone who feels that this practice would conflict with their spiritual beliefs.
Anyone looking for a purely physical experience.

You might also like:
Jivamukti for a more physical yet spiritual practice.
Hatha or Kripalu yoga for a slower-paced practice with less focus on energy.

This form of yoga is very active and athletic, and it was originally a westernized form of Ashtanga. It has since evolved to include different poses, though many of the Ashtanga poses remain. Power yoga includes additional strength moves and core work.
Expect lots of ?vinyasas? between poses, with plenty of handstands and other strength-building poses.

Good for:
Those who want a rigorous practice.

Those looking for a challenge.

Avoid if:
Those who prefer a gentle yoga practice.
Beginners.
Those with limited mobility.
You have a shoulder injury (lots of low pushups).

You might also like:
Ashtanga, which is the traditional practice that inspired Power yoga.
Rocket, an offshoot of Ashtanga that adds hard poses early on.
Vinyasa classes that flow at a steady pace.

Founded by Krishnamacharya?s son, T.K.V. Desikachar, viniyoga is highly individualized with an emphasis on adapting every pose and every practice to suit a person?s needs and abilities. The practice is often taught one on one and is sometimes referred to as ?yoga therapy.?

It can be difficult to find viniyoga teachers, but I highly recommend checking out American Viniyoga teacher Gary Kraftsow?s videos.

Good for:
Anyone with back pain.
Those with mobility issues.
Those recovering from an injury.

Avoid if:
You are looking for a group setting.
You want a traditional class.
You want to move quickly and sweat.

Vinyasa yoga is the general term used for faster-paced ?flow? classes. These classes can cross various schools of yoga, and they will move faster than a hatha class.

Good for:
Anyone looking for a faster-paced class.
Anyone who gets bored easily with their fitness routine, as classes are rarely the same.

Avoid if:
Those extremely new to exercise should not take vinyasa classes (or be prepared to modify to suit your needs).
Those with mobility issues.
You have a shoulder injury (lots of low pushups).
You want a slow, gentle workout.

Also called Taoist yoga, yin yoga integrates principles of hatha yoga and qi gong, along with other aspects of Taoism. Yin yoga focuses on connective tissues (ligaments and tendons) rather than muscles. It does not focus on warming the muscles or moving quickly; rather it encourages long-held poses that foster relaxation. Yin poses are very passive and often done with props. Expect very long holds?five minutes or more.

Good for:
Those with mobility issues.
Anyone recovering from an injury.
Those looking for a restorative practice.
Great for athletes looking for a way to repair overuse and gain flexibility.
Good for beginners.
If you meditate, this is a good practice for you.

Avoid if:
Anyone who wants a fast-paced class or who doesn?t want to sit still.

There you have it, a list of different yoga practices you can choose from. There?s no time like the present to begin a yoga practice, which I firmly believe can benefit every single person, regardless of age, fitness level, or physical ability.
That which we know as yoga is but one limb of the practice?asana. The benefits are bountiful and deep and do not require you to be physically fit or flexible. With the information above, I hope you can better decide on the type or types of yoga that best fits you.

The concept and meaning of YOGA 2

28 Life Changes to work against cancer 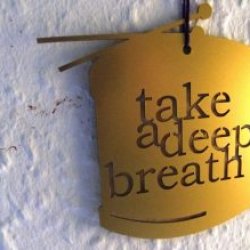 Breathing Is My Anchor 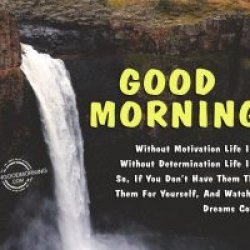 Do You Feel The Force?

Start Your Day With The Sun Salutation

The way you start your day has great importance on how your day is going to turn out. If you really want to make the …
Læs mere
FØLG