Næste indlæg
Having a glass of ORGANIC lemon water is one of the healthiest morning rituals. Lemon juice is a m

Beets are extremely healthy as they have potent medicinal properties and offer relief in the case of various ailments and diseases.

The anthocyanins give them the red color and have strong anti-cancer properties.

Moreover, beets contain betaine, which is a natural anti-inflammatory agent that supports heart health, as well as important vitamins and minerals including vitamins B1, B2, B12 and C, copper, magnesium, potassium, iron, phosphorus, and iodine.

Beets fight anemia and detoxify the body. They also decelerate aging and protect the blood vessels. They are high in antioxidants, cellulose, and pectin, a special type of fiber which boosts digestion. These healthy vegetable protect against liver disease fatty liver disease.

Beets also boost the endurance, stamina, and performance during a workout, so they are extremely beneficial for athletes.

Beets can be eaten raw, juiced, cooked, and baked. You should not throw away the leaves, but you can cook them as they are rich in potassium (644 mg. per ½ a cup).

Studies have shown that the consumption of potassium-rich foods and the elimination of sodium can lower the risk of heart diseases and the stroke risk by 21%.

Beets or beetroots, as they are often called, belong to the Chenopodiaceae family. Beetroots are one of the varieties of the Beta vulgaris species. Their history stretches back to ancient times, and the earliest signs of their cultivation were approximately 4,000 years ago in the Mediterranean region. From there, they were probably transported to Babylon, and by the 9th century AD, they had made their way into the Chinese culture and cuisine. They have long been associated with sexuality and have been used as an aphrodisiac for thousands of years.

Beetroots are frequently added as an ingredient to salads, soups, and pickles and are also used as a natural coloring agent. Even though beets are available throughout the year, they are still considered seasonal vegetables. Besides their use as an actual food item, beets are valuable as a source of sucrose, which makes them a viable replacement for tropical sugar cane. They are frequently used to make refined sugar.

Beets have a wide range of health benefits because of their nutritional content, including vitamins, minerals, and organic compounds like carotenoids, lutein/zeaxanthin, glycine, betaine, dietary fiber, vitamin C, magnesium, iron, copper, and phosphorus, while also being a source of beneficial flavonoids called anthocyanins. They are very low in calories, with no cholesterol, but they do have the highest sugar content of all vegetables.

The roots and leaves of beets have plenty of medicinal uses which include the following:

Beet fiber helps reduce cholesterol and triglycerides by increasing the level of good HDL cholesterol. Having a high level of triglycerides increases the risk for heart-related problems, so an increased HDL cholesterol is a good line of defense against that. The presence of the nutrient betaine lowers the levels of homocysteine in the body which can also be harmful to the blood vessels. Thus, consumption of beetroot helps prevent cardiovascular diseases in multiple ways, so conditions like atherosclerosis, heart attacks, and stroke are less likely to develop. The fiber in beets also works to strip excess LDL cholesterol from the walls and helps eliminate it from the body quickly.

Beets are good for pregnant women since they are a source of B vitamin folate which helps in the development of infant?s spinal column. Deficiency of folate can lead to a variety of conditions called neural tube defects.

Studies have revealed that beets are good at preventing skin, lung, and colon cancer since they contain the pigment betacyanins, which counteracts cancerous cell growth. Nitrates used in meats as preservatives can stimulate the production of nitrosamine compounds in the body which can also result in cancer. Studies have now shown that beet juice inhibits the cell mutations caused by these compounds. Researchers in Hungary have also discovered that beet juice and its powdered form slows down tumor development. Adding a healthy amount of beets to your diet can keep your body cancer-free for a very long time.

Betaines in beet juice stimulate the functions of the liver and keep it healthy.

Beetroot is a source of vitamin C that helps prevent asthma symptoms. The natural beta-carotene in beetroot also helps to prevent lung cancer. Vitamin C is a powerful antioxidant that boosts the immune system in a number of ways. Besides acting as an antioxidant itself and defending against the effects of free radicals in the body, it also stimulates the activity of white blood cells, which are the body?s main line of defense against foreign bodies, as well as viral, bacterial, fungal, and protozoan toxins that can result in a multitude of infections and illnesses.

The presence of beta-carotene, which is a form of vitamin A, helps prevent age-related blindness called cataracts as well as a reduction in macular degeneration that commonly occurs as we get older. Vitamin A is considered a powerful antioxidant substance that is involved in many essential activities of the body.

The flavonoids and vitamin C in beets help support the structure ofcapillaries.

Beets have been considered an aphrodisiac or sexual booster for millennia. Part of this stems from the fact that beets contain significant levels of the mineral boron, which has been shown to boost the production of sexual hormones. This can lead to a boost in your libido, increased fertility, sperm mobility improvement, and a reduction in frigidity in the bedroom. Your sexual life can get a legitimate and time-tested push in the right direction by adding beets to your diet.

Beets contain a significant amount of carbohydrates that provide energy for prolonged sports activities. Carbohydrates are the natural building blocks of energy metabolism, and beets provide them without any of the negative side effects of many other carbohydrate-heavy foods. When the body has a sufficient amount of carbohydrates, it is able to fuel all of the necessary functions as well, including the important metabolic reactions that keep the organs functioning efficiently.

In a related function, researchers have noticed that oxygen uptake is greatly increased by people who drinkbeet juice due to the high nitrate content. The results show that oxygen uptake increases by up to 16%, which is an unheard of boost and is actually more than a normal person can improve by, even when training extensively. This increases stamina for exercising and participating in sports, making beet juice an interesting sports drink that most people would never consider.

The beta-carotene present in beetroot aids in reducing or slowing macular degeneration in the eyes. Macular degeneration is often associated with an increase in free radicals, which drastically affect the premature aging process of many people. Beta-carotene is a powerful form of vitamin A, which has antioxidant capabilities and defends the eyes against the damaging effects of free radicals.

A deficiency of potassium in the body increases the risk of stroke. Therefore, potassium-rich beetroot is recommended to improve heart health for that reason as well. Potassium is a vasodilator, meaning that it relaxes the blood vessels and reduces blood pressure throughout the body. When blood pressure is reduced and the vessels and arteries are no longer contracted, blood clots are far less likely to form or get stuck, and the plaque that may have built up along the walls of your blood vessels will not accumulate to form additional clots. Clots are what eventually lead to heart attack and stroke, so beets and their potassium content are quite a health booster!

What is more impressive is that studies have shown the effect to be ongoing. Blood pressure will continue to drop over the course of 24 hours, as though beets are naturally delaying their effects so the body can adjust, rather than plummeting the blood pressure at a dangerous speed.

In ancient times, beets were used to cure fever and constipation. In the Middle Age, beetroots were also used as a remedy for digestive disorders. Finally, beet leaves are good for speeding up the healing process of wounds.

Word of Caution: Beets contain oxalates, which when consumed in excess can cause bodily fluids to crystallize. People with kidney or gallbladder problems should avoid beetroots because they could exacerbate kidney and bladder stones. 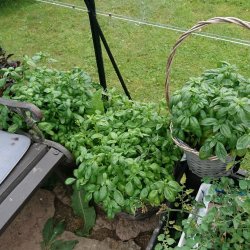 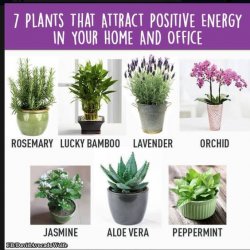 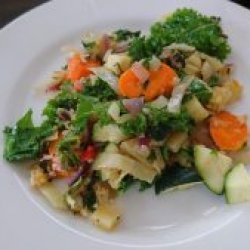 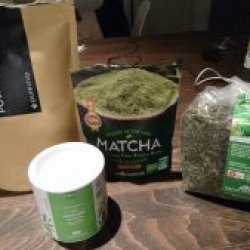 Drink Lemon Water Instead Of Pills

Having a glass of ORGANIC lemon water is one of the healthiest morning rituals. Lemon juice is a mighty antioxidant. It is packed with vitamins …
Læs mere
FØLG