Næste indlæg
Are you a big procrastinator? You hate doing it, but you do it! You wait until the very last se

The Greatest Showman is a 2017 American musical film directed by Michael Gracey in his directorial debut, written by Jenny Bicks and Bill Condon and starring Hugh Jackman, Zac Efron, Michelle Williams, Rebecca Ferguson, and Zendaya. The film is inspired by the story of P. T. Barnum’s creation of the Barnum & Bailey Circus and the lives of its star attractions.

Barnum was a true believer…

Phineas Taylor Barnum (July 5, 1810 ? April 7, 1891) was an American showman, politician and businessman remembered for promoting celebrated hoaxes and for founding the Barnum & Bailey Circus (1871?2017). Although Barnum was also an author, publisher, philanthropist, and for some time a politician, he said of himself, “I am a showman by profession…and all the gilding shall make nothing else of me,” and his personal aim was “to put money in his own coffers.” Barnum is widely credited with coining the adage, “There’s a sucker born every minute,” although no evidence can be found of him saying this.

Barnum?s career trafficked in curiosities, which he served up to a public hungry for such entertainment, regardless of how factual or ethical such displays were. His legacy in show business stretched from the American Museum to ?P. T. Barnum?s Grand Traveling Museum, Menagerie, Caravan & Hippodrome? (the predecessor of ?Ringling Bros. and Barnum & Bailey? circus) near the end of his life. Each were full of bigger-than-life ideas marketed to an audience interested in mass, and often crass, entertainment.

The circus business was the source of much of his enduring fame. He established “P. T. Barnum’s Grand Traveling Museum, Menagerie, Caravan & Hippodrome”, a traveling circus, menagerie and museum of “freaks“, which adopted many names over the years. Barnum died of a stroke at his home residence in 1891, and was buried in Mountain Grove Cemetery, Bridgeport, which he designed himself.

Life can be a circus

so easy be deceived

What else can you believe,

Be the greatest showman

Be the true artist

Before there was Bill Gates and Jeff Bezos, there was P.T. Barnum, an entrepreneur who was known as one of the richest men in America.

Hugh Jackman’s new movie, “The Greatest Showman,” brings to the big screen the spectacle of a story that was Barnum’s life. The famous 19th-century entrepreneur dabbled in everything from publishing a newspaper to running a museum.

But Barnum’s true claim to fame was helping make the circus an explosively popular form of entertainment with his iconic Ringling Bros. Barnum & Bailey Circus, which closed after nearly 100 years in May.

Some of Barnum’s entertainment tactics were and are not to be emulated ? he used people with disabilities as “human curiosities,” he purchased a black woman and supported blackface and, in modern times, his namesake circus was accused of the poor treatment of animals.

He’s a controversial figure, no doubt. However Barnum is also remembered for his entrepreneurial spirit and business acumen, and his professional advice is often reprinted in books aimed at self-starters.

In his own 1880 book, “The Art of Money-Getting or Golden Rules for Making Money,” Barnum preaches 20 rules that are still applicable today, like preserving and practicing determination. In addition to outlining attributes and traits of success, Barnum also hashes out concrete business tactics and strategies.

Here are a few of Barnum’s rules for success that are still relevant.

“Whatever you do, do it with all your might”

In Barnum’s book, he preaches about hard work, writing, “Work at it, if necessary, early and late, in season and out of season, not leaving a stone unturned, and never deferring for a single hour that which can be done just as well now.”

While that language may be a bit outdated, the idea is not. Tech billionaire and Tesla CEO Elon Musk has also touted the importance of doing whatever it takes to succeed.

“You’ve got to do all sorts of jobs and tasks that you might not wish to do, that are not intrinsically interesting to you,” Musk said during an August 2013 Google Hangout hosted by Google for Entrepreneurs. “You’ve got to be prepared to do whatever it takes, work whatever hours. No task is too menial.”

More recently, he spoke of his willingness to get on the front lines with his employees to get the job done.

“I always move my desk to wherever ? well, I don’t really have a desk, actually. I move myself to wherever the biggest problem is in Tesla,” Musk recently said during a Tesla earnings call. He said he had been working in the Gigafactory until the wee hours of the morning, helping diagnose calibration issues. “I really believe that one should lead from the front lines, and that’s why I’m here.”

“He who is without a newspaper is cut off from his species,” Barnum writes.

A century ago, Barnum noted the importance of staying informed on the latest inventions and improvements. Today, many of the most successful people in the world also say reading is crucial.

And billionaire tech founder Mark Cuban says he reads three hours every day. “Most people won’t put in the time to get a knowledge advantage,” he writes in a 2011 blog post. “To this day, I feel like if I put in enough time consuming all the information available, particularly with the net making it so readily available, I can get an advantage in any technology business.”

Barnum was a believer in time management.

“Men should be systematic in their business,” Barnum writes. “A person who does business by rule, having a time and place for everything, doing his work promptly, will accomplish twice as much and with half the trouble of him who does it carelessly and slipshod.”

Multimillionaire real estate tycoon Barbara Corcoran also says that planning ahead is a key to success.

“Too much on your plate gets in the way of building the business you dreamed of having when you first started out,” says Corcoran, an investor on ABC’s “Shark Tank.” “Lucky for all of us, time is reliably fair and doles out 24 hours a day to everyone, but it’s how you make the most of it that really counts.”

“Do not scatter your powers”

“Many a fortune has slipped through a man’s fingers because he was engaged in too many occupations at a time,” Barnum writes. “There is good sense in the old caution against having too many irons in the fire at once.”

A century later, having focus is still something to strive for. Tim Cook, CEO of Apple, says what he admired most about Apple founder Steve Jobs was that very same attribute.

“He had a focus that was unlike any other,” Cooksaid, explaining why Jobs was the person who influenced him most.

“Be polite and kind to your customers”

“Politeness and civility are the best capital ever invested in business,” Barnum writes. “Large stores, gilt signs, flaming advertisements, will all prove unavailing if you or your employees treat your patrons abruptly. The truth is, the more kind and liberal a man is, the more generous will be the patronage bestowed upon him.”

Barnum should have extended his philosophy to those he employed, be they humans or animals. But the sentiment is one that many modern-day entrepreneurs say they rely on. 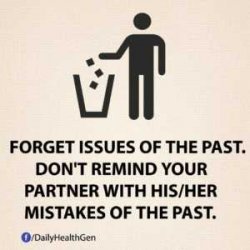 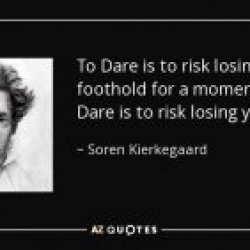 To dare is to loose your foothold for a moment…... 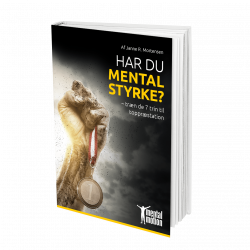 How To Get Things Done

Are you a big procrastinator? You hate doing it, but you do it! You wait until the very last second or don?t act at all. Procrastination is …
Læs mere
FØLG