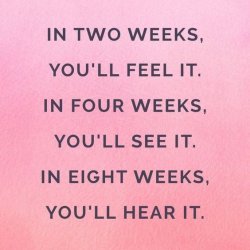 Næste indlæg
I?ve coached hundreds of people on how to best build muscle. I know what you want ? you wonder how t

We?re going to look at how to make foreplay fun for both of you?because sex in marriage should be awesome.

All month we?re looking at strategies to make the physical side of your marriage much more enjoyable and less stressful for both of you. It?s all leading up to the release of my new book, The Good Girl?s Guide to Great Sex (now available)!

It is very common, that men wants to skip the foreplay. They think that foreplay is ?just for women?, while sex is for ?both?. Men dosn´t generally understand that women often don´t enjoy intercourse if they don?t warm up first and the best remedy is to really talk to your partner about it. Wait until you?re both in a good mood, and having fun together, and then just start the conversation. Ask what he wants out of your sex life. Tell him what you want. Tell him that you want to be able to fully enjoy it and feel very passionate, but you can?t get there unless you have some attention first. Most men really enjoy seeing their wife respond and get pleasure, so if you can continue to communicate this, chances are he will want to help.

But part of the reason that we often rush foreplay is that it seems awkward.

We?re lying there, and he?s just touching us, and everybody feels like they?re watching the clock, or secretly saying, ?why is this taking so long?? The woman feels as if she?s being judged if she doesn?t get aroused (though it?s hard to get aroused when you feel rushed), and the man is feeling like this is really stupid because we should be getting to the main event.

So here are six foreplay tips so that he can start seeing foreplay as part of ?the main event?, when it?s not just about you, but it?s about him, too.

1. Make Foreplay for Him By Letting Him Watch

Men are highly visual, and foreplay can begin with the way that you beckon him upstairs, or get undressed, or crawl into bed. Push him onto the bed and then make him watch as you take off your clothes. I know some of you are very sensitive to how your body looks, but remember that he gets pleasure from it, and your body is the only naked woman?s body he?s allowed to see. So let him see it.

Besides, what?s sexy is often not just how your body looks but what you do with it. Tease him about by taking off your underclothes slowly?or even while you?re leaning over him. Run your hands over your body before you let him touch you. That?s the kind of thing that will get him going! (And remember: a little bit of tasteful lingerie goes a long way!)

One other thought: often the reason that we women like to get into our flannel pyjamas, rush under the covers, and then get undressed under the covers is because the bedroom is SO COLD, especially in winter. That?s certainly the case in Canada, where I?m from! It?s good budgeting to keep the heat in the house down at night. Absolutely. But you might want to tell your husband:

If you want to turn the heat up in the bedroom, you might want to actually TURN THE HEAT UP.

And here?s a simple way to do it that will still help your budget bottom line: Buy a space heater and put it on your side of the bed. Yes, electric heaters are very costly to run. But compared to heating a whole house, they?re nothing. And if you just have to have it on for 15 or 20 minutes while you make love, it?s worth it!

2. Involve Him in Foreplay by Touching Him, Too

Foreplay doesn?t have to just be for you; it can and should also involve you touching him, too. Make foreplay work for both of you by getting his engines running, too! Touch him everywhere, not JUST his genitals. Tease him a bit. And then ask him to show you just how he likes to be touched or stroked. Men tend to like things with a firmer hand than women do, which is why we?re often too soft when we touch the guys, and they?re often too rough with us. Just ask him to guide your hand.

Now, you may not want to touch him the whole time that he?s stimulating you, because he often doesn?t do a very thorough job if he?s that distracted. But doing it a little bit shows that you care about his pleasure, too. And it can also be highly arousing! Touch him and realize the power that you have over him. He wants you. Revel in that.

3. Don?t ?Lie There? During Foreplay

It?s often the fact that we?re lying on our backs that can make it seem like we should be rushing. But there?s no reason that you both have to lie that way. In fact, there?s no reason why you have to be in any ONE position for extended periods of time during foreplay. He could sit up, for instance, and then you could sit against him, so you?re both facing the same direction. Then he can still reach around and stimulate various parts of your body, but it psychologically feels different. Many women find this a little more comfortable, too, because he isn?t looking directly at your face.

4. Rub His Body During Foreplay

He?ll enjoy this one: if you need to be stimulated a certain way, stimulate yourself. But not with your hand. Use his body instead. Find a way to grind against his leg, or even against his penis without him entering you, that feels delicious. This requires a lot of moving on your part, which is what he?ll really enjoy. It makes it seem as if you are eager for his body and as if you are really enjoying it, which will excite him, too. And if you keep changing positions to get an even better angle, then he?s going to get stimulated, too.

You can add some tension to it by grabbing his hands and forcing him onto his back where he has to stay there, and then say something like, ?Now, I?m going to use you.? I guarantee there are few guys who wouldn?t appreciate that. Then find ways that work, and forbid him from moving. He?ll feel the sexual tension build, right as you?re really enjoying yourself.

5. Kissing Him is Foreplay, Too!

Don?t forget to kiss him! If you?re kissing, then it won?t seem as if there?s a ticking clock in the background. And you don?t have to just kiss his mouth while he?s touching you. Kiss anything! You can even kiss something innocuous, like his neck or his ears, but try to tease him and drive him crazy like that.

Tell him what feels good. Tell him you love him. Comment on what great muscles he has. Remind him of a great time you had last year on your anniversary. Say something sexy! If you?re talking, again you?re showing him that you are enjoying this. You?re into this. You?re excited about participating. And to men, that?s a real turn-on: to know that their wives want to be doing this.

Remember this big foreplay idea: What stimulates a man is often visual and psychological even more than physical.

If you let him watch you, he?ll be excited. And if he feels as if you?re excited, having a good time, and working hard to make this wonderful, then he?ll be excited, too. So foreplay doesn?t have to be just about getting you physically stimulated. It can be about getting you in the mood, but doing it in a way that you reassure your husband that you?re excited about being together. And honestly, if you try at least some of these foreplay tips, sex won?t seem like the main event anymore. It will all seem like it?s part of the whole package!

Choose at least three of these things and do them during foreplay tonight. And as a man I?d really recommend the one about rubbing against him to stimulate you. First, that way you?re sure that you get what you need; but second, he?ll really enjoy all the action! 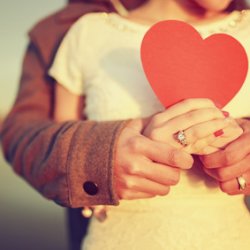 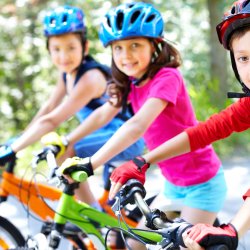 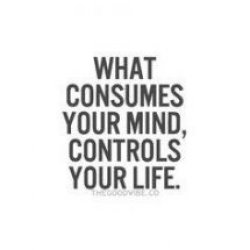 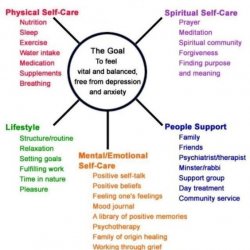 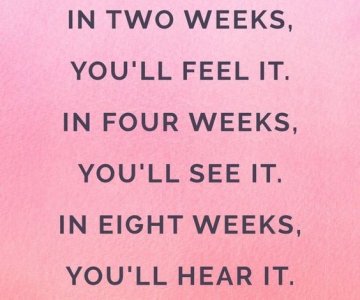 I?ve coached hundreds of people on how to best build muscle. I know what you want ? you wonder how to gain muscle mass as …
Læs mere
FØLG