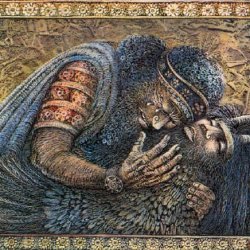 Næste indlæg
The Gilgamesh myth is about King Gilgamesh of Uruk, who could defeat anyone in battle. One day,

We went to a Toga party in Vejby close to Tisvildeleje in Northern Sealand. It had been some 30 years ago since I had been to the last Toga Party. This time it was at a 20 year birthday. A daughter of some of your good friends. They are always having good parties.

Sheets and leave wreaths on and then off we went to the party with great people, food and ancient greek sport challenges. One of them was archery. Remark the one legged style. A sure winner…

The toga has its roots in garments worn by the Etruscans and the Greeks. The Greeks had worn a lengthy cloak called the himation, and the Etruscans, early inhabitants of the Italian peninsula, had adapted this into their tebenna. But the true toga was a Roman invention. So we were a bit wrong here about the origin country, but never mind it was fun.

The Toga was standard dress for all men from slaves to the nobles. It could be worn plain, belted at the waist or under a cloak. Mine was belted. Citizens of Rome would wear a tunic under their toga. I had my modern underwear instead. The simplest and cheapest tunics were made by sewing two pieces of wool together to make a tube with holes for the arms. There are many ways to tie a toga. You can find them on Youtube.

Before we went back to the southern Sealand we just had to have a swim in the lovely Kattegat where the salinity (salt content) is higher than in Køge Bugt.

Groin number two on the left is just perfect for swimming. Now you know it when you come to the place.

This is the place to park. 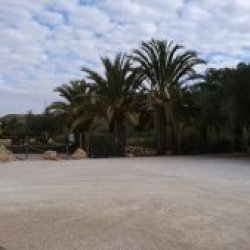 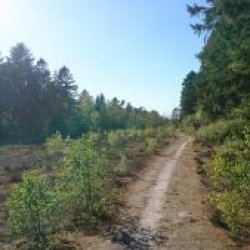 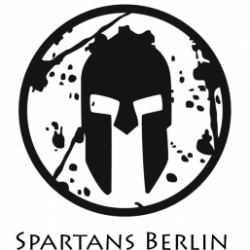 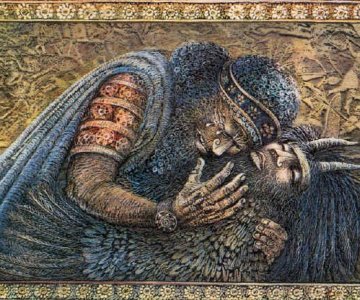 The Gilgamesh myth is about King Gilgamesh of Uruk, who could defeat anyone in battle. One day, Gilgamesh best friend, Enkidu, died. Gilgamesh sat by …
Læs mere
FØLG